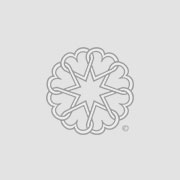 Before becoming a teacher of Spiritual Dance and Sufi Meditation I was a librarian at managerial level in the university sector for many years. My first excursion into eastern spirituality was my early 20s through the book Zen Flesh Zen Bones, a strange coincidence perhaps as this is a book co-written by one of Samuel Lewis’s teachers, Nyogen Sensaki. (Samuel Lewis was the founder of the Ruhaniat Sufi stream in which I teach.) A few years later the practice of Kung Fu ironically led me to the path of Yoga, one that I walked and taught for some years especially exploring Hatha Yoga, Nada Yoga, Mantra Yoga and meditation practices. In 1987 I first experienced a form of spiritual dance, Dances of Universal Peace, which was literally a life changing experience. Immediately with my whole being I knew that the Dances of Universal Peace would become my heart’s path and my life’s work. All praise to God that this has proved to be the case. A few months later I first met my spiritual guide, Murshid Saadi Neil Douglas Klotz who initiated me into Sufism the following year in May 1989. So began the journey along the Sufi path. Because of a love and aptitude for music naturally I was drawn to the mysticism of sound and music but equally my path has always involved the study of breath and the development of heart. I am forever grateful to Saadi for his inspiration, loving support, spiritual guidance and close friendship. In 1992 I left the library to concentrate entirely on spreading the spirit of the dances and through this the message of Sufism. I have been acknowledged as a master of spiritual dance and as a Senior Mentor for the Dances of Universal Peace. Over the past 20 years I have trained quite a number of people to lead the Dances of Universal Peace. Many people even from those early days continue to dance regularly with me. Yet in spite of all of the travelling over the years to many different continents and all of those hearts that one has touched perhaps even briefly, I consider the most important and fruitful aspect of the work to be developing and maintaining ongoing relationships with my students. We are all growing together along this path. Over the years I have released several musical recordings: Lapis Blue, The House of Tansen, Dharma and The Medicine Buddha Dharani. In 1996 I was recognized as a teacher of Sufism within the Ruhaniat and initiated as a Khalif in 2002. In 2011 I was initiated as a Murshid and in this capacity I am now of service and always mindful of the statement of Murshid Samuel Lewis: It is as Khalif that man fulfills his purpose on earth. Murshid is the fulfillment not of man’ s purpose but of God’ s purpose.